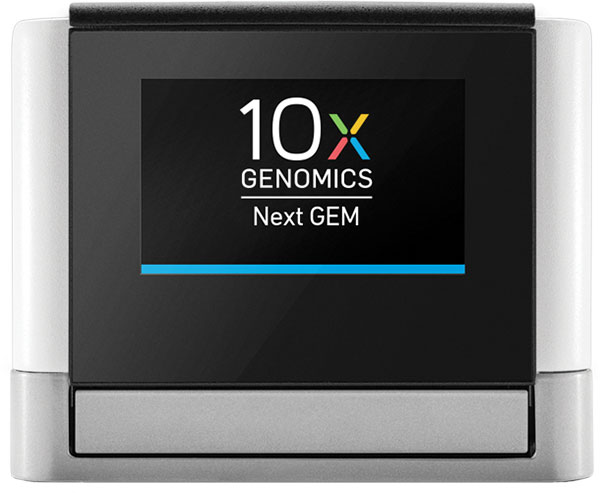 The 10X Genomics Single Cell Chromium Platform is the single-cell expression profiling platform enabling the analysis of large cell numbers at the highest capture efficiency (of up to 65%). The technology allows for high-throughput single cell transcriptomics of a wide variety of cell types as well as single-nuclei expression profiling. The flexible workflow encapsulates 500 to 80,000 cells or nuclei per sample together with gel beads to form gel beads in emulsions (GEMS). Each GEM is loaded with adapters containing one of 750,000 different barcodes for the single cell RNA-seq library preps. In contrast to other protocols (e.g. Drop-Seq) the 10X controller is capable of loading “all” droplets with micro-beads, enabling single-Poisson distribution loading and thus high capture efficiencies (in contrast to double-Poisson loading of other protocols). The single-cell encapsulating process is significantly faster compared to inDrop or Drop-Seq. Up to eight samples can be processed per batch within minutes.